Second round of private insurance enrollment under Obamacare starts Nov. 15; rates estimated to rise an average of 4.6% 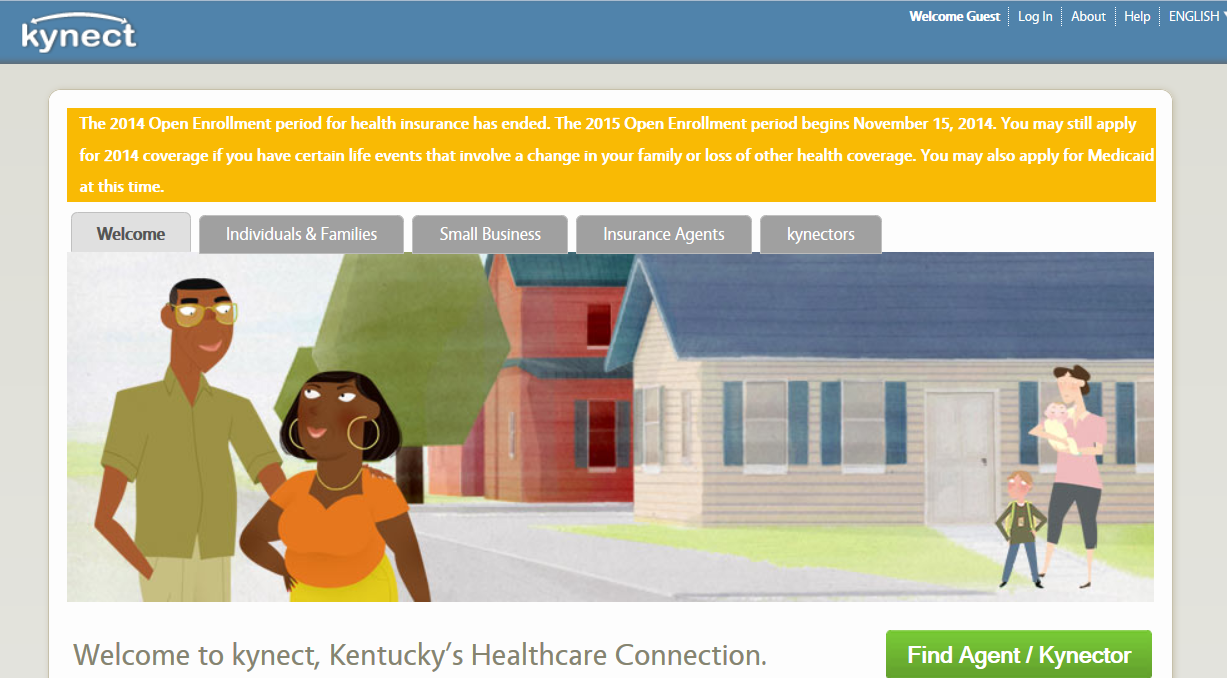 Enrollment reopens Saturday, Nov. 15, for health insurance under the federal health-reform law and the state insurance exchange, known as Kynect.

In the second year of what is typically called Obamacare, there will be new insurers, new rates, a shorter enrollment period and larger penalties for not having health insurance.

The changes in rates and subsidies will affect people who enrolled in the first round a year ago, because the factors used to calculate them, "such as age, income and the cost of a certain plan used as a benchmark," will change, report Laura Ungar and Chris Kenning of The Courier-Journal.

"PwC, an assurance, tax and consulting firm that collected individual insurance rate filings across the nation, estimated Kentucky's average premium increase on and off the exchange will be 4.6 percent," The C-J reports. (PwC was formerly known as PricewaterhouseCoopers.)

At a news conference Monday, Gov. Steve Beshear noted that premiums in the individual health-insurance market increased 8 percent or more a year before the reform law passed "and there were no subsidies or discounts to help defray costs," Jack Brammer writes for the Lexington Herald-Leader.

"Costs will vary widely," Ungar and Kenning write. "Officials said there are 70,000 premium rates between all the insurers offering various plans on the exchange, and they are still being certified so they cannot yet be made public."

Kynect provides premium subsidies based on applicants' incomes. "Officials estimate that, in total, around 290,000 Kentuckians are potentially eligible for subsidies with Obamacare plans," The C-J reports. The Kynect website has been changed so users can figure potential premiums and subsidies without actually starting applications.

State officials estimate that about 100,000 people have policies that don't comply with Obamacare rules but were allowed to keep them until 2016. "These could include more than 14,000 customers told in early October by their insurers that their plans are being discontinued," the newspaper reports. "Ronda Sloan, spokeswoman for the Kentucky Department of Insurance, said this is a business decision by insurers."

Kynect is more than doubling its call-center staff and expanding its hours to reduce wait times, which were as long as three hours last year, and is working with 2,800 insurance agents, twice as many as last year, exchange Director Carrie Banahan told the Louisville newspaper. It will also have a federally funded app for Android and Apple smartphones and a "pop-up" store in Lexington. The call center will be open from 8 a.m. to 7 p.m. Monday through Friday and 8 a.m. to 5 p.m. Saturdays.

This year's open enrollment is expected to be less hectic than last year's "because people signing up for Medicaid — who became eligible under the state's expansion of the program and made up the majority of Kynect's sign-ups last year — can enroll at any time," Ungar and Kenning write. They quote Prestonsburg insurance agent Darrell Patton: "There's not as much talk about it this time. It came and it passed, and the sun still came up the next morning."

Still, Patton said some confusion remains, and there is unhappiness with "narrow networks of doctors and hospitals or not being able to get needed services covered," the C-J reporters write.

The penalty for individuals without health coverage in 2015 will be $325 per adult or 2 percent of household income, whichever is higher, up from this year's $95 and 1 percent. The current penalty isn't very effective because taxpayers haven't been required to say on their tax forms whether they had insurance. They will on next year's forms. "Those who went without in some cases can claim an exemption on the form or provide additional documentation if one was previously granted," the writers report.

The second enrollment period will be shorter, closing Feb. 15. Beshear encouraged Kentuckians to shop around, and do it early. Those on Medicaid, form which enrollment is open year-round, do not have to re-enroll unless they want to change their managed-care organization.
Posted by Anonymous at 3:59 PM
Email ThisBlogThis!Share to TwitterShare to FacebookShare to Pinterest
Labels: health insurance, health reform, insurance, insurance coverage, insurance exchange, Medicaid, obamacare, state government
Newer Post Older Post Home