The tribulations of rural hospitals in Georgia, and the response, could signal a new direction for saving such facilities. Four rural hospitals in Georgia "have closed in the past two years, and several more either have closed or significantly reduced services since 2001," Bob Herman reports for Modern Healthcare. "Nationwide, more than two dozen rural hospitals have shut down since 2013. For people in rural areas, a closed hospital means they have to travel farther, sometimes hours, for care. And that could mean life or death in situations such as cardiac arrest, car accidents, workplace injuries and other emergencies." 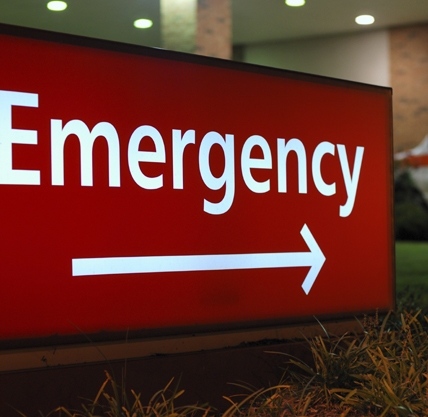 Republican-led Georgia, where officials have refused to expand Medicaid under federal health reform, "has proposed a regulatory change that some observers think could help rural hospitals across the country," Herman writes. Republican Gov. Nathan Deal said in March that "financially struggling rural hospitals can offer fewer inpatient services and still keep their hospital licenses. In essence, they can convert into free-standing emergency departments that stabilize and transfer patients to bigger hospitals. Under Deal's proposal, these rural facilities also could offer other basic services such as labor and delivery."

Some people are critical of the idea. Brock Slabach, a senior vice president at the National Rural Health Association, "said the financial sustainability of free-standing rural EDs in Georgia as outlined by Deal would be low," Herman writes. Salbach told him, “Emergency departments would be nice for access, but that doesn't provide (insurance) coverage. These rural communities are still going to be having problems of paying for these services. We need to try to find a way to expand coverage to these poor populations in a way that's not going to be called Obamacare.”

There are somewhere between 400 to 500 EDs in the U.S., Herman writes. Most "are affiliated with a hospital or health system, serving as a feeder for patients needing inpatient care. The EDs usually are within 20 miles of a full-service hospital. More recently, for-profit ED companies have been building in affluent suburbs, targeting privately insured patients who see the EDs as more convenient than making an appointment with a primary-care physician."

The problem is that few are located in rural areas, Herman writes. For urgent-care centers and free-standing EDs to survive in underserved rural areas the “operating model will need to adapt,” said Alan Ayers, a vice president for Concentra, the urgent-care subsidiary of giant Louisville-based insurer Humana Inc. "They will have to use mid-level clinicians including physician assistants and nurse practitioners, reduce operating hours, and offer other high-volume services such as primary care and occupational medicine. That could help rural facilities offset the typically high fixed costs, Ayers said."

"Perhaps the most feasible solution for rural areas is a hybrid model, mixing lower-level emergency care with primary-care services," Herman writes. "An example is Carolinas HealthCare System Anson in Wadesboro, N.C., a town of 5,800. In 2012, Carolinas HealthCare System—a large system based in Charlotte, N.C., with $4.7 billion in annual revenue—decided to overhaul Anson Community Hospital, a Hill-Burton facility with 125 staffed acute-care and nursing beds."