Medicaid expansion has dramatically reduced share of uninsured in most counties; some legislators worry about future cost

The expansion of Medicaid under federal health reform has greatly reduced the number of Kentuckians without health insurance, but state legislators are wary of its future cost.

Medicaid Commissioner Lawrence Kissner dramatically illustrated the impact of the expansion by showing two county-by-county maps to the latest meeting of the Interim Joint Committee on Appropriations and Revenue. They showed the estimated percentage of uninsured under age 65 in each county in 2012 and this year, based on calculations by the Cabinet for Health and Family Services. 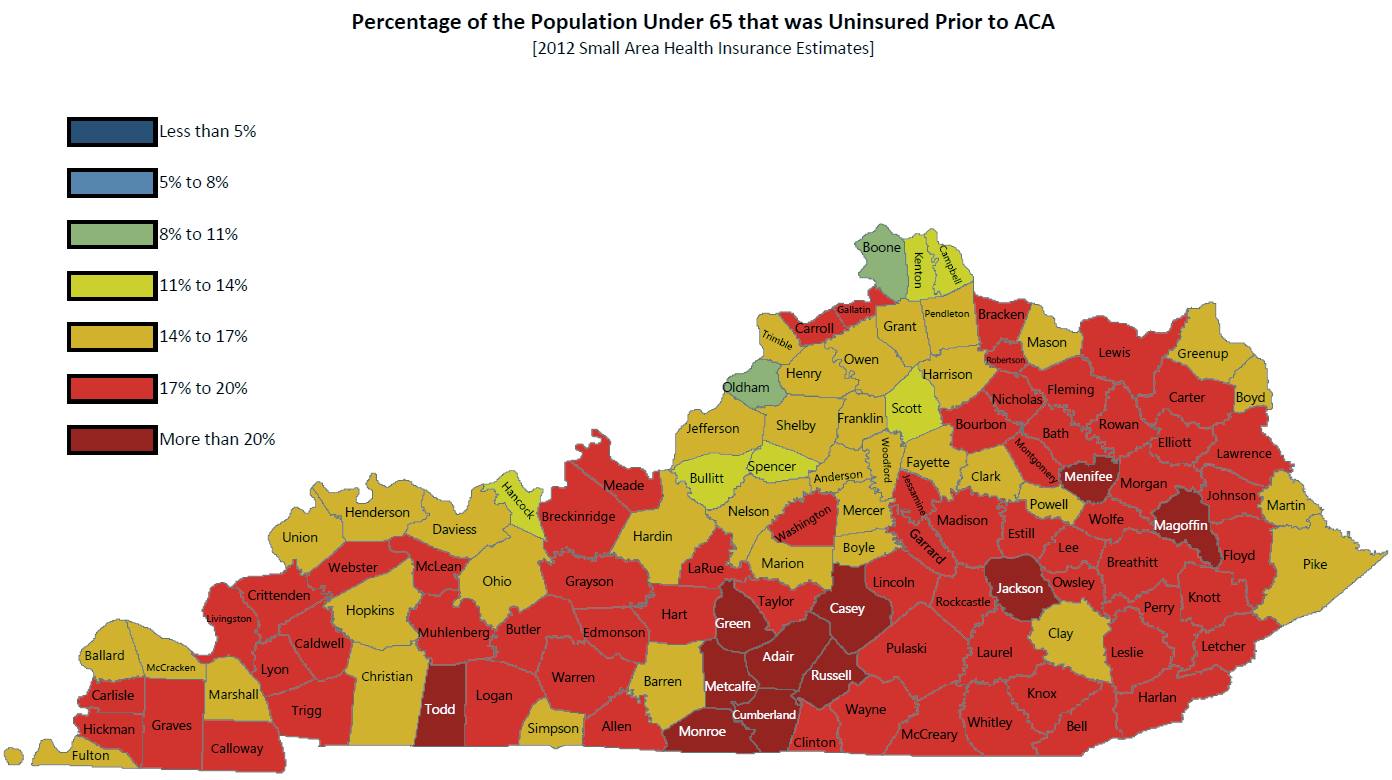 The map above is based on the Small Area Health Insurance Estimates by the Bureau of the Census. The map below adds data from the state health-insurance exchange, which asked applicants if they had insurance; 75 percent said they didn't. The map was created by adding 75 percent of the enrollees "to the original data, and recalculating the percentages," cabinet spokeswoman Jill Midkiff said. 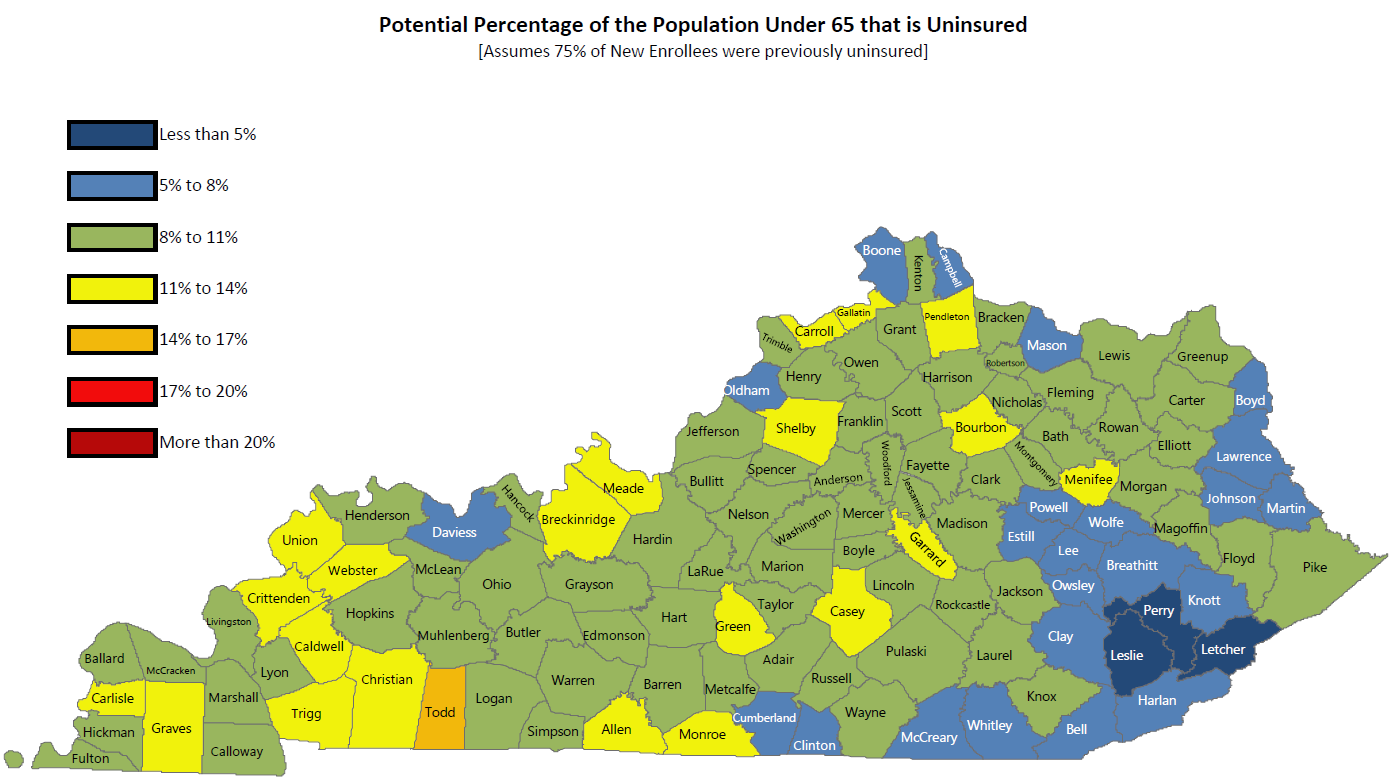 “In the Appalachians there, we actually have done a tremendous job through an army of recruiters and ‘Kynectors’ and people to help get the enrollment through,” Kissner said, referring to the peopke paid to help others sign up for coverage on the state health-insurance exchange, branded as Kynect.

Kissner "noted a number of improvements in visits and screenings, such as a 15.8 percent jump in annual dental visits, 36.7 percent hike in preventative services among adults, 20.6 percent increase in cervical cancer screenings and 16.1 percent more colorectal cancer screenings compared to last year," Kevin Wheatley reports for The State Journal in Frankfort.

"Data showing Medicaid reimbursements to hospitals are bittersweet, as some rise while others fall in a short two-year window," Wheatley writes. "Still, one table showed that of 100 hospitals listed, 45 had received more reimbursements from Medicaid expansion in the first six months of 2014 than disproportionate-share payments, which hospitals receive to compensate for treatment given to uninsured or underinsured patients, in all of fiscal year 2013." The so-called DISH payments are to be phased out under the reform law, though implementation of that has been delayed.

Enrollment in Medicaid has been larger than expected, and Kissner said he did not know how much the new enrollees will cost the state when it has to begin paying 3 percent of their cost in 2017, rising to the law's cap of 10 percent in 2020.

"To hear the head of Medicaid say we don’t have any idea whatsoever what we’re going to be paying, that’s, again, very worrisome,” said Sen. Chris McDaniel, R-Taylor Mill. “I mean, we’ve got tons of priorities in this state, and it’s going to be a big number.” (Video from cn/2)


Democratic Gov. Steve Beshear has said the expansion will pay for itself by creating more jobs in, and tax revenue from, health care. "Sen. David Givens, R-Greensburg, asked Kissner how the General Assembly should gauge financial success in the budget-writing process for the 2017-18 biennium," Wheatley reports.

In addition to the studies indicating that expansion would pay for itself, Kissner said, “If you make your population healthier, what happens? What’s the long-term ramification of that? Do they work more? Do they have more working hours?” Kissner asked. “We’re 48th in poor mental health days and 49th in poor physical health days in the country. … Health care is not a zero-sum game. Building a healthy population results in more time at work, more efficient at work, maybe more head in the game at work.”