If you've had a stroke, learning how take your pulse and recognize an irregular heart beat could prevent second stroke

Regularly monitoring your pulse after a stroke is a simple and effective first step in detecting an irregular heartbeat, which is a major cause of having a second stroke, according to research recently published online in Neurology, the medical journal of the American Academy of Neurology. 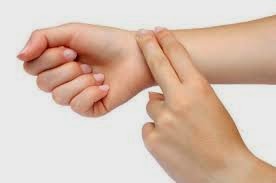 “Screening pulse is the method of choice for checking for irregular heartbeat for people over age 65 who have never had a stroke. Our study shows it may be a safe, effective, noninvasive and easy way to identify people who might need more thorough monitoring to prevent a second stroke,”  Bernd Kallmünzer, author of the study, said in a release.

Stroke is the leading cause of death in the United States, killing nearly 130,000 Americans each year, according to the Centers for Disease Control and Prevention. In 2010, stroke was the No. 5 killer in Kentucky, according to the American Heart Association.

For the study, 256 participants, all who had experienced the same type of stroke, and the patients´ relatives were given instructions on how to take a pulse and how to detect an irregular heartbeat. The manually taken pulse measurements were then compared to electrical recordings of the pulse. Six people in the study had false positive results and 17 people had false negative results.

“The low rate of false positives in this study shows that health care professionals, caregivers and patients can be guided to use this simple tool as a first step in helping to prevent a second stroke,” Kallmünzer said in the release. For more information about the signs and symptoms of stroke click here. 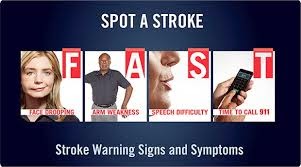