The respiratory virus that has been hospitalizing children in the Midwest has come to Kentucky, reports Chris Kenning of The Courier-Journal: "Kraig Humbaugh, deputy commissioner of the Kentucky Department of Public Health, said the Centers for Disease Control and Prevention recently confirmed that five of 10 cases it tested from Kentucky were enterovirus D68."

But it is the severe respiratory symptoms that are causing hospitalizations, particularly among children with asthma or underlying medical conditions, Kenning notes. 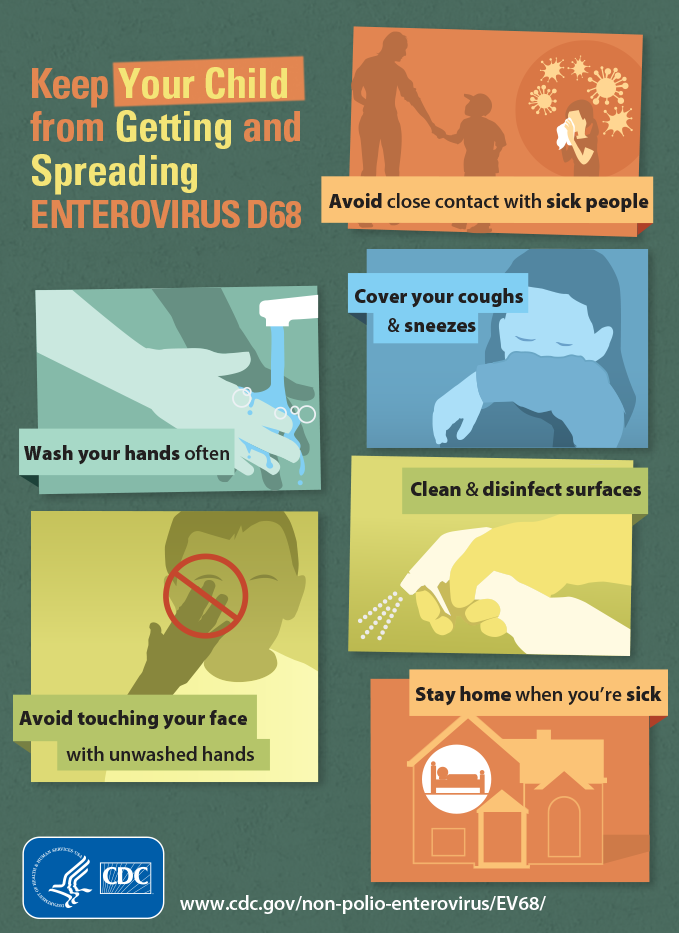 "In Kentucky, the spike in respiratory illnesses was first noticed in the central part of the state several weeks ago. But it is now being reported elsewhere, including in Louisville, although D68 has not been confirmed in Louisville," he reports. No deaths have been reported in Kentucky or in other states, officials told him.

"Hospitals in Colorado, Missouri and potentially eight other states are admitting hundreds of children for treatment of an uncommon but severe respiratory virus," probably enterovirus D68, The Washington Post reports.

From mid-August to Sept. 12, 97 people in Colorado, Illinois, Iowa, Kansas, Kentucky and Missouri were confirmed to have respiratory illness caused by enterovirus D68, according to the CDC.

The virus is spread when the infected person coughs, sneezes or touches a contaminated surface. There is no treatment or vaccine for the virus.

The best ways to reduce your risk are: frequent hand washing; keeping unwashed hands off of your eyes, nose and mouth; avoiding contact with people who are sick; and disinfecting communal surfaces frequently.

Humbaugh told Kenning that he is encouraging families who have children with cold-like symptoms that cause difficulty breathing to consult with their doctor. If you're sick, he said, stay home.
Posted by Anonymous at 5:11 PM
Email ThisBlogThis!Share to TwitterShare to FacebookShare to Pinterest
Labels: children's health, infections, respiratory illness
Newer Post Older Post Home