Time on the tummy is important for infants' muscle development 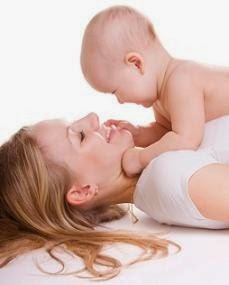 Today's infants are spending too much time on their backs or in sitting devices, which is causing an increase in head and neck deformities and slowing down their motor development, Susan Effgen, a physical therapy professor at the University of Kentucky, writes for the Lexington Herald-Leader.

This is easily remedied by making sure infants spend most of their waking hours on their tummies, even during the first few weeks of life, Effgen suggests.

The American Academy of Pediatrics recommends that infants should sleep on their backs because it significantly reduces the chance of sudden infant death syndrome (SIDS).
While most parents may know that, any are not aware of how important it is for infants to spend time on their bellies, Effgen writes.

Time on their bellies allows them to learn to move and explore their environment, Effgen writes. You can encourage your infant when they are on their tummies by having them to lift up their heads and look around, giving them objects to reach for and encouraging them to prop up on their elbows or hands, These activities help to build strong back and neck muscles needed later for sitting, crawling, walking and talking.

If your infant doesn't like tummy time, Effgen suggest parents lie on their back and place the infant on their belly to let them practice for several days until they are used to this position. Eventually, practice tummy time together on a baby-proofed floor with fun, appropriate objects placed at their eye level.
Posted by Anonymous at 1:46 PM
Email ThisBlogThis!Share to TwitterShare to FacebookShare to Pinterest
Labels: children, children's health, infant health
Newer Post Older Post Home