Study shows if you make whole grains available, kids will eat them

Parents who think their children won't eat or like whole-grain products need to put that notion aside and start putting them on the table, new research suggests. 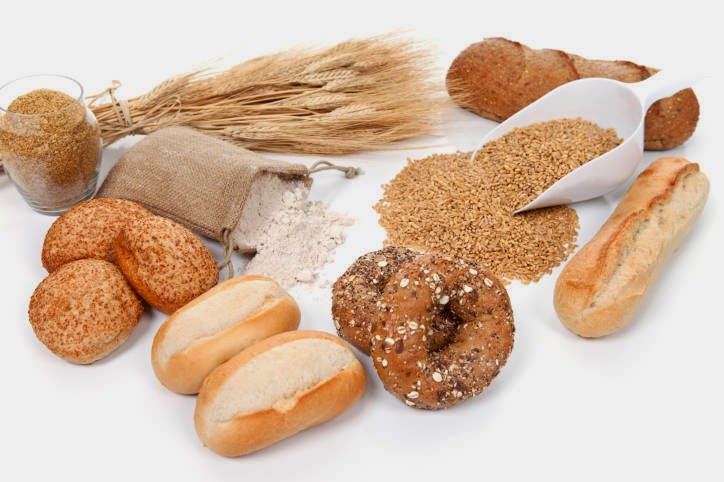 Researchers at the University of Florida Institute of Food and Agricultural Sciences found that when appealing whole-grain products are offered, kids eat them in equal amounts to refined-grains. The study is published in the Journal of the Academy of Nutrition and Dietetics.

“We tried to choose foods we thought kids would enjoy, such as cereal bars, macaroni and cheese and SunChips, and found that they ate the ready-to-eat snack foods the most,” said Allyson Radford, one of the study’s authors. “We were interested to see if they would eat the whole-grain foods as much as the refined-grain foods, and so we were pleasantly surprised that they would eat the same amount whether the food was whole or refined.”

This study will be welcome news to supporters of the 2012 federal guidelines for school lunches, from which some schools are seeking a one-year waiver. The U.S. House Appropriations Committee, headed by Rep. Hal Rogers, R-Somerset, has voted to offer a waiver for schools that are losing money on meals, but a full House vote has been delayed.

The guidelines require schools to serve a fruit and a vegetable with each meal, provide 1-percent or fat-free milk, limits calories, sodium and saturated fats, not include any trans-fats and, as of this fal,l switch to 100 percent whole-grain products. Some exceptions have been made to extend this deadline to accommodate the lack of affordable whole-grain pasta that will hold up to mass preparation.
Whole grains are a healthier choice that has been proven useful in combating two major health issues for Kentucky children: obesity and diabetes. The U.S. Department of Agriculture says eating whole grains, combined with a healthy diet, may reduce the risk of heart disease and help with weight management. The Harvard School of Public Health says "a diet high in whole grains can help lower the risk of diabetes and keep appetite in check," and refined carbohydrates, like white rice and white bread, may increase the risk of Type 2 diabetes.

Kentucky ranks eighth in the nation for obesity among children ages 10 to 17 and third among high-school students, according to a report by the Trust for America's Health and the Robert Wood Johnson Foundation. And while diabetes statistics are not available on children in Kentucky, the 2011 National Diabetes Fact Sheet says about 215,000 young people in the U.S. under age 20 had diabetes in 2010, or 0.26 percent of all people in this age group, making it one of the most common diseases in school-aged children.

The 2010 Dietary Guidelines for Americans call for at least half the grain consumed to be whole grains. The guidelines say adolescents should get 5 to 7 ounces of grains daily with at least half being whole grains, but national surveys report that they only consume about 1 ounce of grains per day.
Part of the study, funded by General Mills, looked at whether it would be possible for children to meet the 2010 guidelines for whole grains; 83 middle school students were randomly assigned to receive either whole or refined grains for six weeks. Families of the children were provided with the assigned type of grain for home use and students were given the appropriate snack foods at school.

The students were interviewed weekly about their food choices in the previous 24 hours. Students in the study increased their grain consumption from one ounce of whole grain per day to more than 6 ounces of grains each day, and those assigned to whole grains reported more than half of their grain intake came from whole grains, successfully meeting the 2010 dietary guidelines. They got most of their whole grain intake from snacks.

“Encouraging consumption of whole-grain foods that require little to no preparation may be the most effective means of increasing whole grain intake at home,” Radford said. Click here for tips on how to add more whole grains to your family's diet.

Kentucky Health News is an independent news service of the Institute for Rural Journalism and Community Issues, based in the School of Journalism and Telecommunications at the University of Kentucky, with support from the Foundation for a Healthy Kentucky.
Posted by Anonymous at 12:06 PM
Email ThisBlogThis!Share to TwitterShare to FacebookShare to Pinterest
Labels: childhood obesity, diabetes, nutrition, school lunch
Newer Post Older Post Home