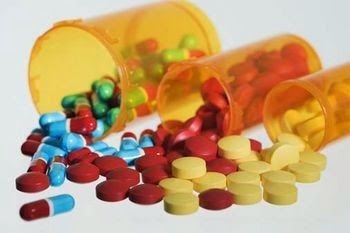 Doctors know this, yet they continue to prescribe antibiotics to patients with bronchitis and other viral infections anyway, Ezra Klein reports on his new website, Vox.

Research shows that doctors prescribe antibiotics for acute bronchitis about 71 percent of the time even though they know that overuse of antibiotics is the leading cause of "superbugs," or organisms that are resistant to some if not all antibiotics, Klein reports. They do this because it makes patients feel better to walk out of the doctor's office with a treatment.

Klein goes on to paint a picture of a post-antibiotic future that could result from doctors prescribing antibiotics for viral infections. Klein reports that  patients must stop thinking that good physician care is the result of being treated with an antibiotic, especially in the treatment of bronchitis.

Kentucky and its Southern neighbors overuse more than their share of antibiotics.  The southeastern states are the highest users of antibiotics, with twice as many antibiotic prescriptions as states in the Pacific region, according to a study by the Center for Disease Dynamics, Economics & Policy, part of the federal Centers for Disease Control and Prevention.

CDC recommends that every hospital in this country have an antibiotic stewardship program and track their resistance and prescribing patterns. Half of all hospital patients get antibiotics and one-third of the antibiotics prescribed are inappropriate or are unnecessary, CDC Director Tom Frieden told Klein.

Frieden said the world is at risk of losing antibiotics to resistance created by over-prescribing, but a "modest investment" can thwart the most dangerous drug-resistant organisms. Working toward creating new antibiotics and then not falling into the same patterns of abuse must also be part of the solution, Frieden said. (Read more)
Posted by Anonymous at 5:57 PM
Email ThisBlogThis!Share to TwitterShare to FacebookShare to Pinterest
Labels: antibiotics, Centers for Disease Control, hospital-acquired infections
Newer Post Older Post Home